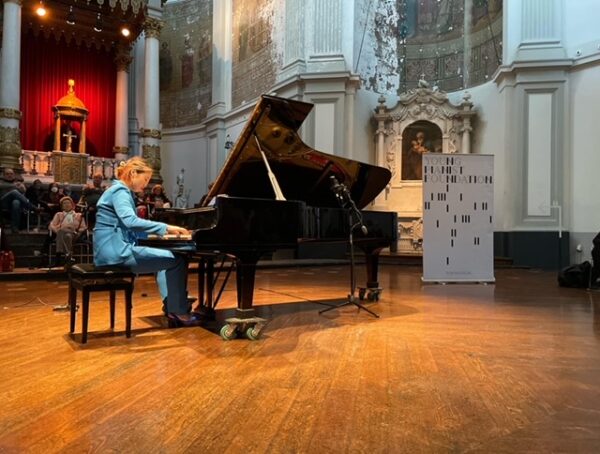 Last Sunday, November 28, Yang Yang Cai performed beautifully on the grand piano of Youri Egorov in De duif in Amsterdam. This 5th concert of the YPF Young Virtuosi series was all about Beethoven and Ravel. The introductory words of Thomas Beijer and the way in which Yang Yang Cai interpreted the music captured the imagination of the public, who had gathered around the grand piano in large numbers, of course with due observance of the corona measures.

A beautiful concert, in a unique location! The concert can be viewed on our YouTube channel.

Would you like to see more of Yang Yang Cai and are you interested in more (upcoming) young piano talents, visit the quarter- and semi finals of the YPF European Piano Competition 2022 from 10 to 16 February 2022 in the Bimhuis in Amsterdam ( free entrance).

Or come to the final of the YPF competition on Sunday afternoon February 20th in Muziekgebouw aan ‘t IJ in Amsterdam, where the three finalists will be accompanied by Phion, orchestra of Gelderland & Overijssel under the baton of Antony Hermus. Yang Yang Cai will perform during the jury deliberation of the international jury. Tickets for the final and for the special evening prior to the final: ‘A tribute to Youri Egorov’ by members of the international jury and laureates of the YPF competition, can be ordered via this link.