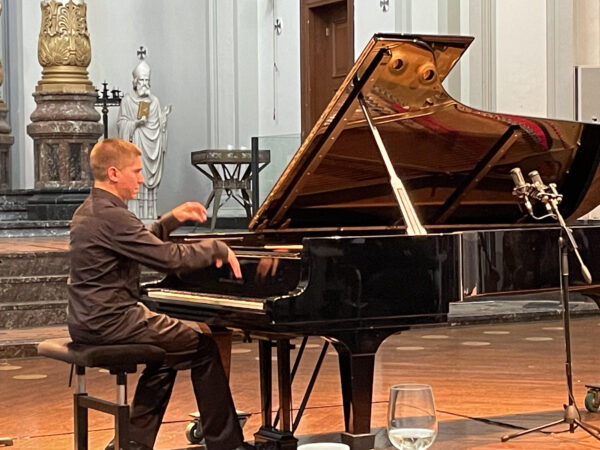 Youri Egorov’s grand piano was put to the test during the fourth concert of the YPF Young Virtuosi series. With his playing full of passion and Spanish temperament, Carlos Marín Rayo, student of Frank van de Laar (Amsterdam Conservatory), played works by Mozart, Respighi, Albéniz, Prokofiev and Schumann. An afternoon not soon to be forgotten.

Missed the concert? Watch and listen to the recording of the concert from De Duif in Amsterdam here.

The next concert in this series will take place on Sunday November 28th, at 4:00 PM. Who will be playing will be announced soon.