YPF is organising another Young Virtuosi series in 2023. Note the following Sundays (3pm) in your agenda: 2 April, 7 May, 4 June, 10 September, 8 October and 12 November.

You can watch back all rounds, including the Jury concert, of the YPF European Piano Competition 2022 via the button below.

The 8th YPF competition took place in February 2022 and opened its doors to young pianists up to and including the age of 27 from the European Union and the United Kingdom. The YPF European Piano Competition – Grand Prix Youri Egorov, as the competition is officially called, brought top talents from the European Union and the United Kingdom to the Netherlands, creating not only a healthy and stimulating pianistic challenge, but also an incentive for students, teachers and educational programs within the conservatories to achieve even greater engagement and performance.

Responsible talent development is the basic idea of YPF. Just like the national competition, this new European YPF competition was also set up from this pedagogical ethos, which means that the laureates are not “left alone”, but are guided on their way to the top. The repertoire for the competition was partly free, but the most important style periods were part of the repertoire in different rounds. In addition, the following works, amongst others, have been made compulsory: in the semi-final a chamber music piece by Brahms and in the final one of the concerto’s by Beethoven or Schumann. Prior to the competition, potential candidates were selected through YouTube submissions. The quarter and semi final took place at the Bimhuis and the final took place in Muziekgebouw aan ‘t IJ, a leading concert hall in Amsterdam.

“What the Young Pianist Foundation does for the young piano talents in the Netherlands is unique and essential to their artistic development. Thanks to the competition the level of playing has remarkably increased in recent years.” – Jan Wijn 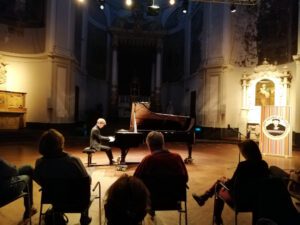 Last Saturday, 10 December, Shane van Neerden had the honour of giving the last concert of the six concerts in the Young Virtuosi series 2022. 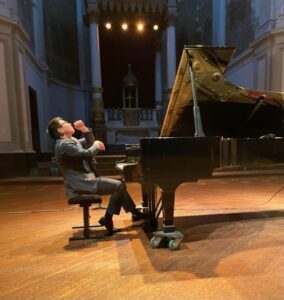 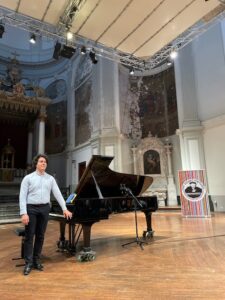