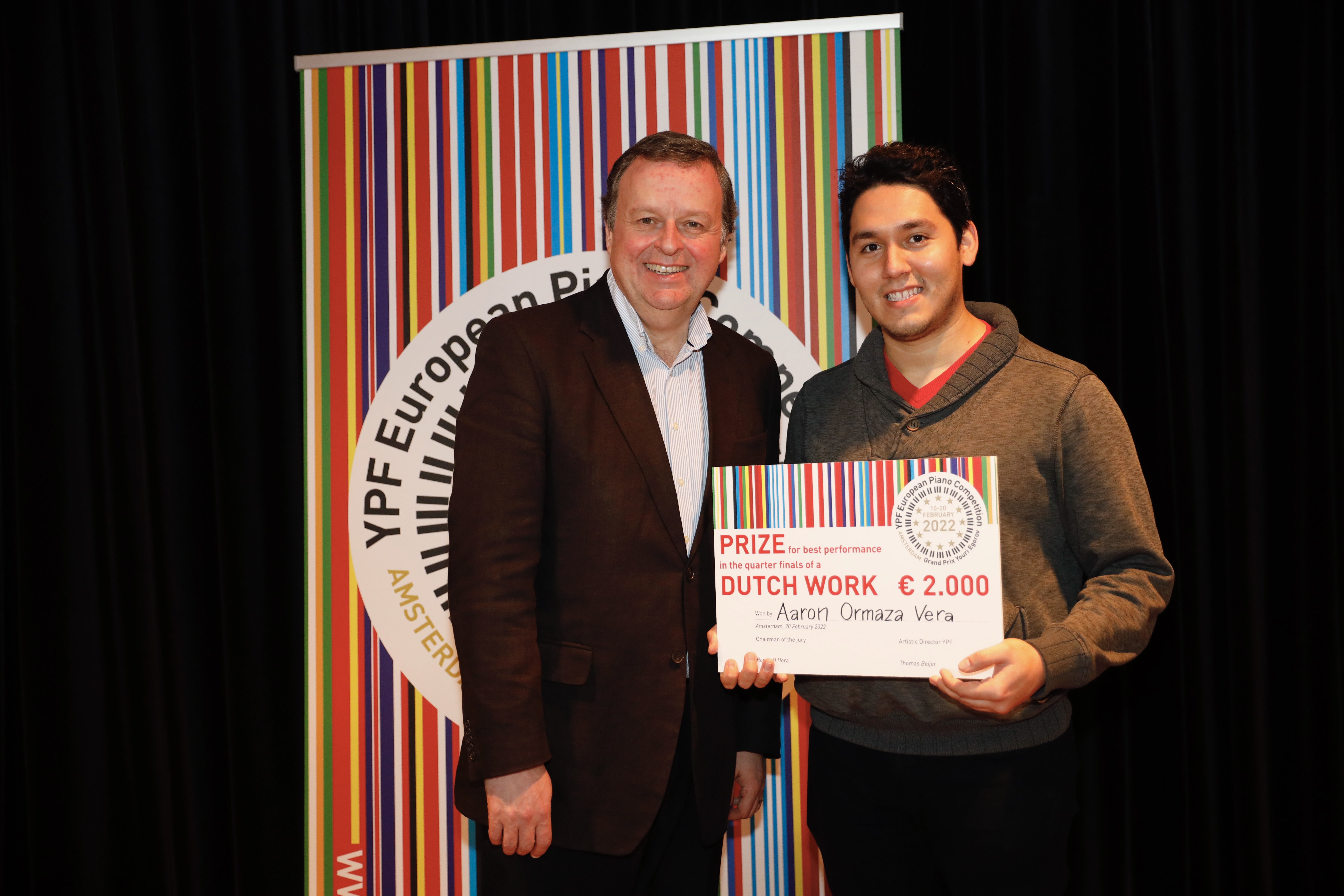 Just before the announcement of the semifinalists for the YPF European Piano Competition 2022, a special prize was also awarded to one of the quarterfinalists: the Prize for the best performance of a Dutch work in the quarterfinals.

Aáron Ormaza Vera, who later learned that he had also been selected for the Semi Final, received the prize from jury chairman Ronan O’Hora. Aáron Ormaza Vera, born in Ecuador and studying in the Netherlands, played works by K. van Baaren and W. Pijper.